Remnants of a spectacular history give Tanzania’s mainland coast an appeal far greater than just sun, sand and sea. More than 800 kms of coastline, from Tanga in the north to Mtwara in the south, consist of palm-fringed, white sandy beaches looking out over the warm, sparkling waters of the Indian Ocean. These offer unlimited scope for big game fishing, scuba-diving, snorkelling and other varieties of water sports. However insufficient attention is often paid to the coast’s vast array of other natural and cultural resources as, in addition to the beach resorts to both the north and south of Dar es Salaam, there are a number of other major tourist attractions. Ancient Bagamoyo, a former capital city, and the nearby Kaole Ruins; historical Mafia Island; the natural beauty of Pangani; Sadani National Park; and the history and culture of the UNESCO World Heritage sites of Kilwa Kisiwani and Songo Mnara. Areas scheduled for development include the Mnazi Bay the Once the penultimate stop for slave various delta.

BAGAMOYO area of Mtwara and the Rufiji River and ivory caravans travelling from Lake Tanganyika on their way to Zanzibar, Enjoy the name Bagamoyo means ‘Bury my Kariakoo museum has a wonderful collection of Heart’ in Swahili. Missionaries, intent on abolishing the slave trade, made it the centre of their activities. The town’s photographs and mementos relating to David Livingstone while a house where Henry Morton Stanley once lived can be seen near the beach. Saadani National Park lies 45 km to the north and the Kaole ruins 5 km to the south, capital of Tanzania, Dar es Salaam also DAR ES SALAAM The largest city and the economic has much to interest tourists staying in the city before, or after, their safari to the parks and game reserves in the south. The Nyerere Cultural Centre, a self-supporting handicraft scheme, is well worth a visit. Here over 100 young artists can be seen at work producing various works including paintings carvings, batiks, pottery and weavings. Enjoy the hustle and bustle of the Kariakoo Market were fish, fruit, vegetables, traditional medicines herbs and livestock are traded. The maze of stalls and shops in the bazaar that surrounds the market, are also worth exploring. Nearby beaches include Armani, Bahari, Jangwani, Kunduchi and Oyster Bay. Jangwan the and Kunduchi beaches also feature water parks.

KAOLE About five kilometres to the south offirst Bagamayo, at Kaole, are the ruins of a once prosperous Arab town, which was forced into decline by the arrival of the Portuguese in the 15th century. The ruins, dating back to the 13th century, include two coral mosques one, the oldest in Tanzania and one of the oldest in East Africa, and Shirazi style pillared tombs. A group of three former settlements – Kilwa Kivinje and Kilwa Masoko on the mainland and the offshore island of Kilwa Kisiwani – Kilwa was originally established as a centre for the gold trade. Now a World

Heritage site, it is home to some of the most spectacular ruins on the East African coast. Kilwa Kisiwani and the nearby Songo Mnara Islands contain numerous ruins many dating back to the 13th century.

MAFIA ISLAND A 20-minute flight south of Dar es Salaam, Mafia Island was Tanzania’s first Marine Park. It is one of the most exciting diving and fishing areas in the world and is home to some four hundred species of fish and five hundred species of fish and five species of turtle. Sports fisherman flock here for the superb catches, many of them great fighters, which include barracuda, marlin, sailfish and tuna. The main season is; from September to March, although fishing is possible all year round within the reef and channel, divers will see a veritable kaleidoscope of reef dwellers among the fifty types of coral. These include butterfly fish, clown fish, lion fish and rainbow fish while, in deeper waters, they will come across groupers, rays and sharks. The rare dugong breeds in the Mafia Channel while the green and hawksbill turtle nest on the smaller islands.

MIKANDANI The starting point for Livingstone’s final journey, Mikandani is a town, close to Mtwara, on Tanzania’s southernmost coast. The Mnazi Bay Marine Reserve is nearby as is the Ruvuma River, the border with Mozambique and home to hippos, crocodile and a myriad of bird-life.

PANGANI Situated on the coast two hours north of Saadani National Park, and a further two hours from Amani Nature Reserve, this is a delightful village with its mosque, ancient arab buildings and a six kilometre palm-fringed sandy bay. The birthplace of Tanzania’s sisal industry and once the major port for the export of slaves and ivory, visitors can snorkel at Maziwe Island Marine Reserve, try deep-sea fishing, or visit Ushongo Beach some 16 km south of the village.

RAS KUTANI Ras Kutani, a resort to the south of Dar es Salaam, is ideal for rest and recreation before or after an exciting wildlife safari.

RUVUMA RIVER The river, which forms Tanzania’s border with Mozambique, is home to hippos, crocodile and, with Mnazi Bay and forms one of the country’s new marine sanctuaries.

TANGA exciting The country’s second, and major northern port, Tanga lies close to the border with Kenya. It is a convenient ateway to the Amanai Forest Nature Reserve, the Amboni Caves the most extensive limestone caves in East Africa – and the recently gazetted MkomaziNational Park. 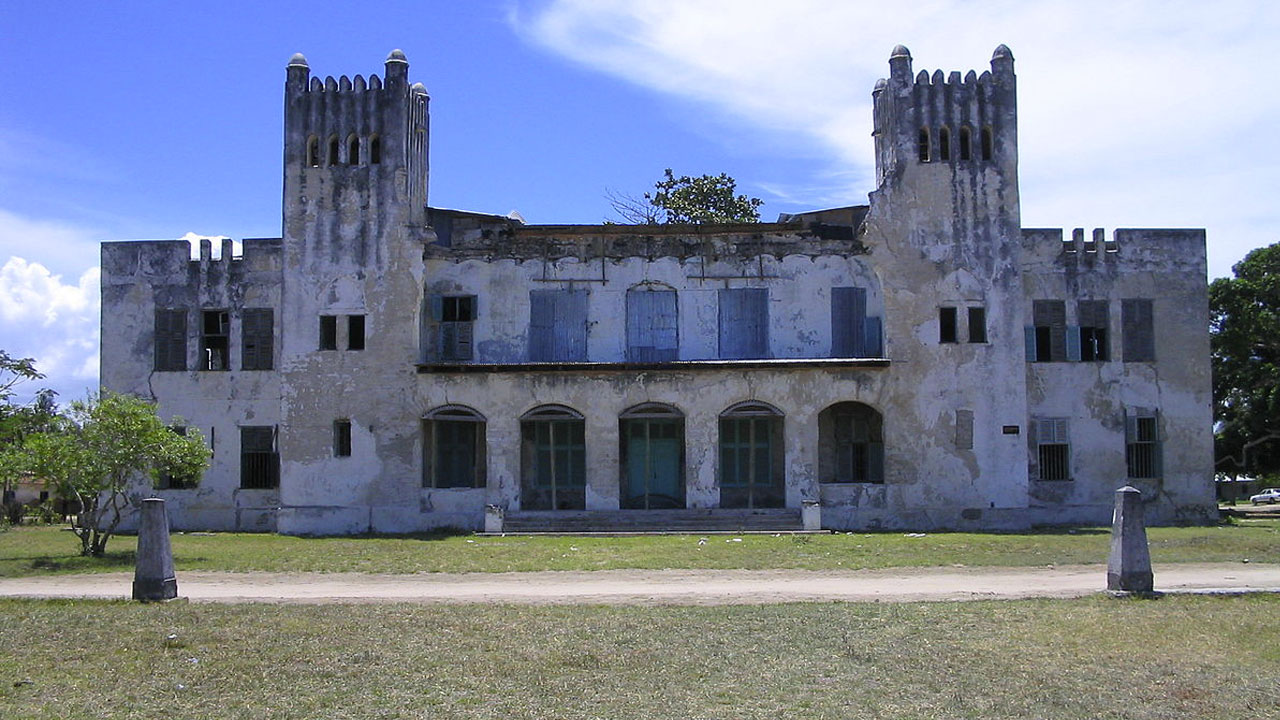 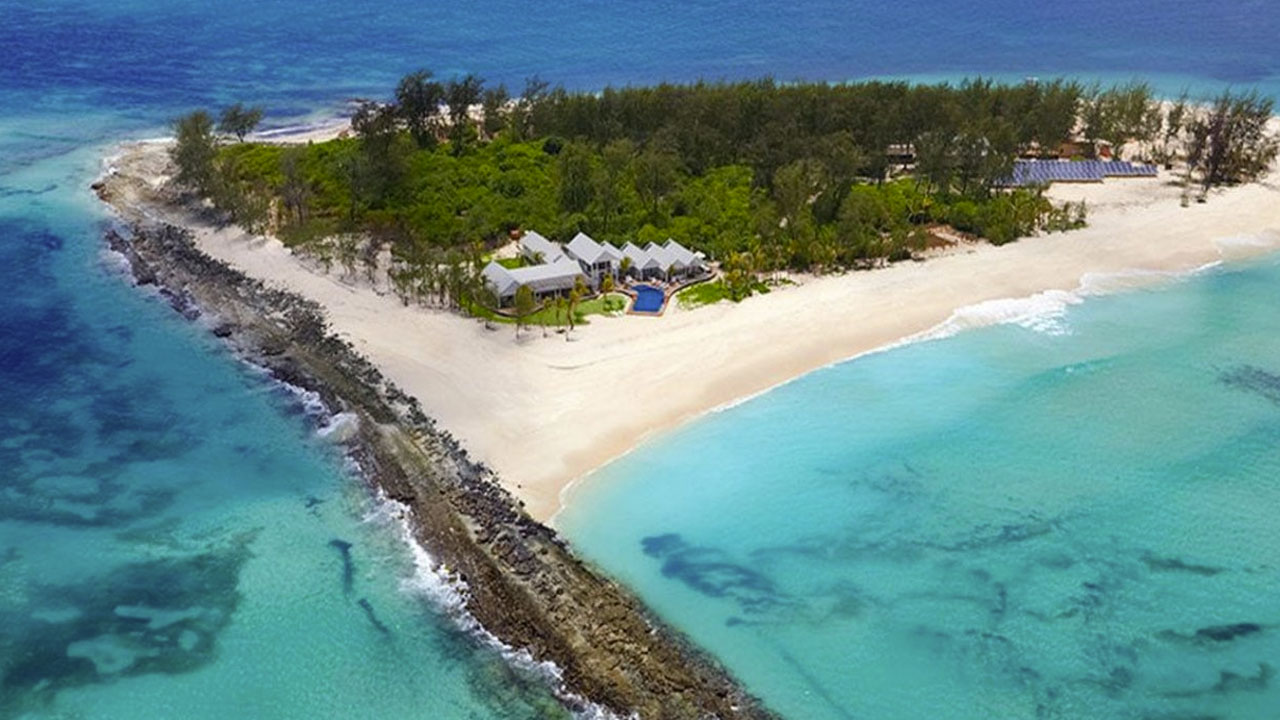 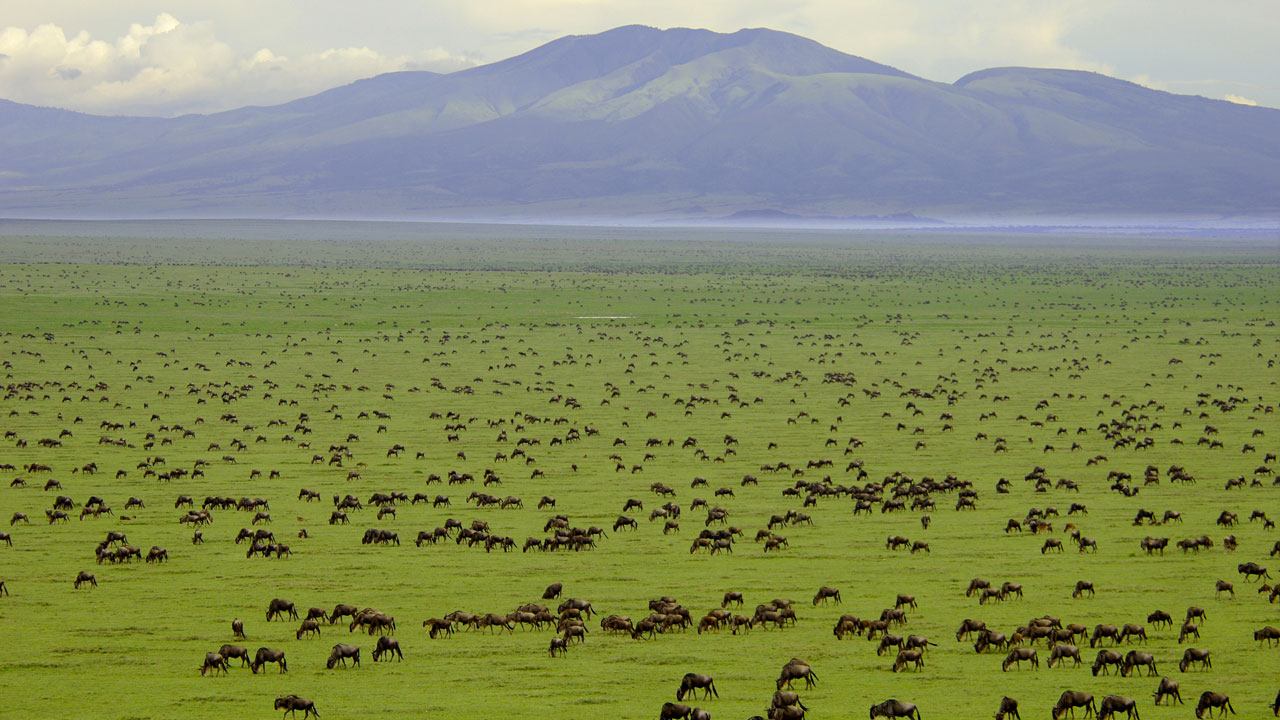